President Trump and Vice President Pence were inspired to go to the Moon while at a rally in Iowa in 2016.
https://www.youtubse.com/watch?v=4N7bRAAP5fQ

The important thing is not if a man landed on the Moon in 1969,
but how soon we can definitely land an American on the Moon.

The Constellation program to put men on the Moon has at its mission of Human Exploration:
"NASA is beginning a new era in space exploration where we will build the capabilities to send humans deeper into space than ever before."

If humans really went to the Moon, then why is it "deeper than ever before"?

Why do the new Orion missions to the Moon need 2 rockets
one which has 2 solid fuel boosters,
if the Apollo missions supposedly only needed 1 rocket?

NASA Astronauts Col. Terry Virts, Dr. Kathleen Rubins, and Dr. Kelly Smith (NASA Engineer)
say in official NASA videos that no one has gone beyond Earth orbit, through the Van Allen Belts of dangerous radiation, yet.

Press Conference about Atemis on August 4, 2022

NASA's Artemis 1 launch with the new SLS rocket is scheduled August 29 as an unmanned mission to orbit the Moon. Michael Sarafin, Artemis Mission Manager says at 16:00

"We are also going to fly out through the Earth's Van Allen Radiation Belts. We will no longer be afforded the ability to have the Earth's magnetic field shield us from the deep space environment. So, we are going to fly into the deep space high radiation environment. We will see what it is like for astronauts to fly on subsequent missions under those conditions."
(Hmm. Didn't Apollo missions do that in 1969-1972? Artemis 1 will do unmanned testing as Apollo 6 did in 1968.)
https://www.youtube.com/watch?v=5xbsxi5yVz8#t=16m0s

Bill Nelson, NASA Administrator:
"It's a future where NASA will land the first woman and first Person Of Color on the Moon." (How about just the best qualified?)
"Orion will venture farther than any space craft built for humans has ever flown"
https://www.youtube.com/watch?v=5xbsxi5yVz8#t=3m0s

Howard Hu, Orion Program Manager at 37:00
"We are going to be able to execute the entire space craft system, and demonstrate all the capabilities we have shown on the ground, in that harsh deep space environment."
https://www.youtube.com/watch?v=5xbsxi5yVz8#t=37m0s

Dr. Bhavya Lal at 21:00:
"As Orion will be beyond the protection of Earth's magnetic field it will be exposed to a harsher radiation environment than crews aboard the International Space Station experience. Mike mentioned the Van Allen Belts...Radiation is one of the top challenges for human exploration beyond LEO (Low Earth Orbit)."
https://www.youtube.com/watch?v=5xbsxi5yVz8#t=21m0s

John Honeycutt, SLS Program Manager (33:00)
"So now, for the first time since 1972, we are launching a vehicle that is designed for deep space...I have a high level confidence that we will be able to send humans into deep space."
https://www.youtube.com/watch?v=5xbsxi5yVz8#t=33m0s

The Moon Race is still on
China or  Russia could win.

Forbes Magazine
China Likely To Beat NASA Back To The Moon
forbes.com/sites/brucedorminey/2016/03/24/china-likely-to-beat-nasa-back-to-the-moon

Physics-Astronomy Magazine
NASA Scientists Say We Could Colonise the Moon by 2022 - for Just $10 Billion
physics-astronomy.com/2016/03/nasa-scientists-say-we-could-colonise

Please ask NASA Administrator Charlie Bolden for the truth.
and make a historic speech to Congress, similar to JFK's:
"This nation should commit itself to achieving the goal,
before this decade is out, of establishing a Moon base
and returning astronauts safely to the Earth."

Open Letter to Donald Trump:
Make the Moon American Again
Develop real estate the USA pioneers and make it the 51st state
as collateral and sell land to pay off $17 trillion of our national debt.
Somebody will claim the land some day.  Not such a crazy idea after all.
poster   TrumpMoon.com

"NASA's Project Constellation is responsible for making the United States Space Exploration Policy a reality"
- not a fake.

The dangerous affects of radiation.  This is what would happen to the Astronauts.

John H. Mauldin has a bachelor's degree in engineering physics (Cornell University, master's in physics (Purdue University), and Ph.D. in science education (University of Texas).  He has four books published in science and technology covering mathematical graphics in Perspective Design (1985; second edition now being prepared), physics in Particles in Nature (1986), solar energy in Sunspaces (1987), and optics in Light, Lasers, and Optics (1988).  He has taught physics and engineering at several colleges and universities, done education research and development at MIT and University of Texas, and worked at NASA in electronic power engineering on an early phase of the Voyager missions.

Cosmic particles are dangerous, come from all sides, and require at least 2 meters of solid shielding all around living organisms.

Solar (or star) flares of protons, an occasional and severe hazard on the way out of and into planetary systems, can give doses of hundreds to thousands of REM over a few hours at the distance of Earth [b-Lorr].  Such does are fatal and millions of times greater than the permitted dose.  Death is likely after 500 REMs in any short time.

The Apollo capsule was not even 1/10 meter thick, the Van Allen Belts have over 100 REM/hour, so the astronauts could not have survived going to the Moon.

California Academy of Sciences (1959)
says the Van Allen Belts are deadly. Why not in 1969?
www.youtube.com/watch?v=szh5cuzfiN4

4. New honest NASA - Project Constellation
admits man did not land on the Moon yet.
The new generation is solving challenges to go to the Moon for real.

www.youtube.com/watch?v=IpXEpJAb8ZY
No astronauts will be aboard Orion, to measure the "extreme radiation"
"deeper into space than we have ever gone before"
"We will pass through the Van Allen Belts - an area of dangerous radiation"
www.youtube.com/watch?v=IpXEpJAb8ZY#t=179
"We must solve these challenges before we send people through this region of space"

"Radiation like this could harm; the guidance systems, on board computers or other electronics on arrival, naturally we have to pass through this danger zone twice, once up and once back , but Orion has protection.  Shielding will be put to the test as the vehicle cuts through the waves of radiation sensors aboard will record radiation levels for scientists to study.  We must solve these challenges before we send people through this region of space.  For this flight its time to head home."

We only can fly in Earth orbit

Elon Musk demonstrates the Dragon 2 space capsule
with thin walls, not enough for the Van Allen Belts of deadly radiation
although it is fine for low Earth orbit
www.youtube.com/watch?v=9BAo29v6JRs
www.SpaceX.com

The purpose of this web site used to be to defend the official Moon landing story,
but during the process, we realized Nixon's 1969-1972 landings were fabricated,
even if done with good intentions, to avoid nuclear war with Russia at the time.

1. To boldly go where no man has (truly) gone before

2. Inspire Americans and NASA to establish a Moon base by 2020
with reasons to make it a high priority as a vital strategic location.

3. To promote truth about our accomplishments so far,
and stop resting and sleeping on past false laurels

4. Acknowledge the Van Allen Belt radiation problem
then solve it.  We can't solve a problem until we confront it.

5. Prevent "Tortoise and the Hare" situation
America sleeps, dreaming about a 1969-1972 fantasy,
while Russia or China land on the Moon first. 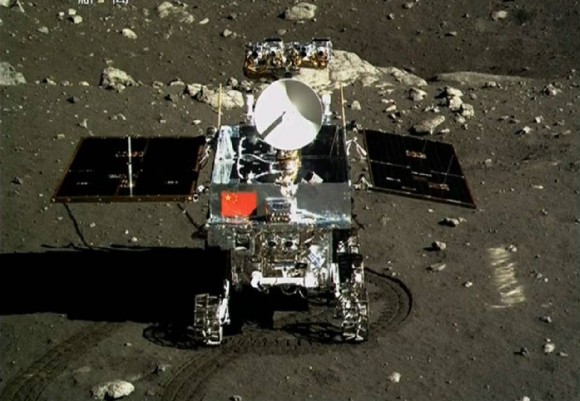 The easiest country to beat to the Moon is the one that sleeps, dreaming it already went.

Good news: an American can still be the first on the Moon in this generation.

If we landed men on the Moon in 1969 we should be able to do it again.

A Moon base would be a highly beneficial base for the USA as a position of influence for any travel beyond the Moon If the USA could go, we would.

The USA has enough money to bail out bankers for $700 billion.  A single air craft carrier costs about $10 billion $30 billion should be no problem.

Now that we have a Space Station, where hundreds of Astronauts have gone,
a good platform for going on to the Moon, there is no reason for not going after 43 years
-- unless the Van Allen Belts of deadly radiation are an obstacle.

TruthForHealth.org
False beliefs in the brain are like malware in your computer